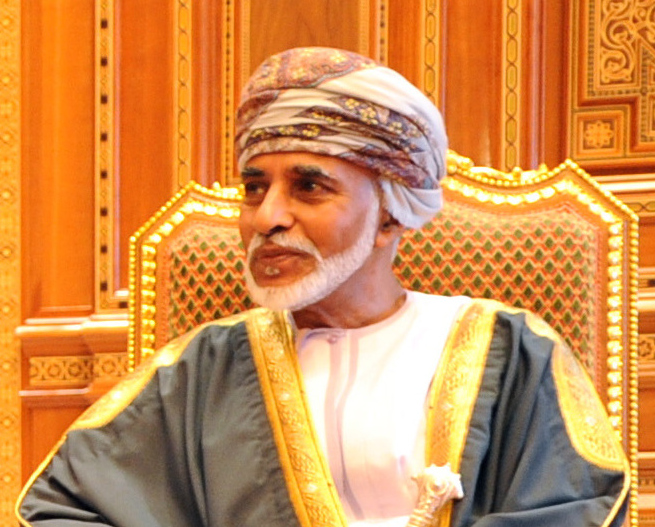 An Oasis of Peace and Progress in the Middle East: The Legacy of Sultan Qaboos bin Said Al Said of Oman

The late Sultan came to rule Oman in 1970, following his father, the Sultan Said bin Taimur, whose rule had nearly brought the citizens of the then-known Muscat and Oman to their knees. Muscat and Oman had tended towards intense isolationism and an aversion to modernization and progress.

While already under the influence of the British Empire (to the point where the Sultanate of Muscat and Oman could have been called a de facto colony), Sultan Said bin Taimur’s increasingly incompetent rule not only suppressed technological advancement at every turn, but had also fallen to corruption.

Two major rebellions had sprung up: the Jebel Akhdar rebellion, and the Dhofar rebellion. As a result, the Sultanate of Muscat and Oman began to rely more and more on British military intervention. Having grown paranoid from an assassination attempt, Sultan Said bin Taimur refused to leave the royal palace. Everyone—the citizens, the British Empire, and his own family—had grown tired of his incompetence.

On the other side of the world, Said bin Taimur’s only son, Qaboos bin Said Al Said, had spent much of his youth away from his homeland. After graduating from the Royal Military Academy Sandhust in England, he served time briefly in the British Military. After studying government subjects, he completed his education with a tour of the world, which finally concluded with a return to his homeland.

For whatever reason, however, his father placed him under house arrest immediately upon his arrival, restricting his interactions to sons of his father’s advisers and some expatriate visitors, and isolating him for government affairs save for the occasional briefing from his father’s advisors. Sultan Said refused his son’s involvement in government affairs, and as a result, Qaboos began to make his desire for change and reform known.

After months of cooperative planning with the British government, a coup was staged to topple the rule of Sultan Said bin Taimur. Qaboos bin Said Al Said, then 29, would replace his father as the ruler of what the new Sultan would rename as the Sultanate of Oman, forever united. No blood was shed, and no lives were lost. The deposed Sultan left Oman, and spent the rest of his life exiled in Britain.

At the time, Oman had only less than ten kilometres of paved roads, and was severely underdeveloped in health care, education, and infrastructure. It was still reliant on subsistence farming and fishing, with much of the country’s oil revenue’s having gone either to fund the quelling of rebellions, or directly into the previous Sultan’s coffers. The insurgency against the Sultanate was still alive and well. The young Sultan was facing the Herculean task.

Within ten years, slavery had been abolished (which he did the year he took power), and the British had withdrawn from the gulf; Oman had nearly 12,000 kilometres of roads, 28, 363 schools, and nearly entirely electrified. He redirected much of the reborn nation’s oil revenues into development and progress, promoted workforce equality between men and women, instituted freedom of religion (even funding the construction of several Catholic churches), established its own national currency, and changed the way people view the nation of Oman—from a backwards and medieval to a beacon of progress and leadership.

And despite being at the center of the conflict-ridden West Asia, sharing borders with Saudi Arabia, the United Arab Emirates, Yemen, and having a coastline across Iran, managed to maintain political neutrality. He succeeded in having a peaceful and productive relationship not only with neighboring nations, but the rest of the international community as well.

While his rule was not perfect and sometimes punctuated with difficult decisions, with difficult allies, his reputation for being a measured statesman and empathetic leader constantly prevailed.

While maintaining a close alliance with its neighboring nation of Iran, it kept a careful balance in the tenuous position of Iran vis-a-vis the Westm often as an intermediary between Iran and the USA, such as in 2011, when a group of imprisoned American hikers in Iran after the Sultan paid $1 million for their release. Oman also played an important intermediary role in the Joint Comprehensive Plan of Action, or the Iran Nuclear Deal in 2015.

In 2011, Oman was still suffering from corruption despite the many advancements in the Sultan’s leadership, and was wracked with protests demanding better pay, better working conditions, and an end to government corruption. That same year, instituted laws acceding to these requests, sacking nearly a third of the entire government.
In 2018, in an effort to promote peace between the long-warring nations of West Asia, Oman became the first nation in over twenty-two years to invite the Prime Minister Benjamin Netanyahu to visit.

As a ruler, maintaining peace and understanding was paramount to Qaboos bin Said Al Said, and allotted state funds for the maintenance and construction of places of worship—not just mosques, but of other religions as well.

He also instituted the Sultan Qaboos Prize for Environmental Preservation for outstanding contributions to the protection of the environment, and has been awarded every two years since 1991.

After his recent death this January 10, 2020 from a long battle with colon cancer, millions of Omani citizens mourned. At his funeral, dignitaries from over twenty-three nations showed up to pay their respects to the late Sultan. Having had no children or siblings, he was succeeded, as per his wishes, by his cousin, Haitham bin Tariq, formerly the Minister of Heritage and National Culture.

His Majesty, Sultan Qaboos bin Said Al Said, was the longest ruling Sultan of Oman, beloved by his people beyond measure, and respected everywhere. From the beginning of his rule and down to the very end, he sought to find the peaceful medium amidst the conflict.

He was not always able to avoid conflict; those first few years of his rule were rife with instability, as he sought an end to the Dhofar rebellion, as he was forced into conflict with his neighboring Iran. But somehow, over the years, he managed to turn this entirely around, with Oman acting as a peacekeeping entity not just in its region, but far across the world.

Good leaders are rare; great leaders, even more so. What we and the rest of the world could learn from the late Sultan of Oman is that, one way or another, there is a way that peace can prevail; that there is a compromise to be made in the midst of chaos; and that there is always a better way to do things.